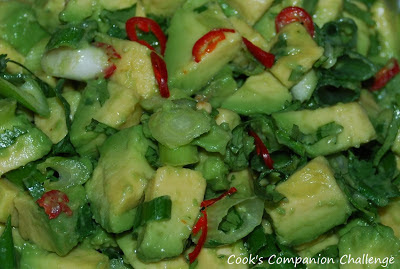 This is the first guacamole I have made without tomatoes. It broke my heart to leave them out, with a bowl of home grown juicy ones staring at me from their little bowl on the bench as I made this. I almost cheated and added some in but decided to be strong and stay true to the recipe.

This was made as a pre-dinner snack, at the request of my guacamole loving twelve year old. He gave this the thumbs up, demolishing most of it almost immediately. I liked it very much but couldn't get the tomatoes out of my head and am still not convinced that they would not have added an interesting flavour to the final product.

Of course I am incredibly biased. From the moment they began sprouting their juicy little bodies onto our vines, I have wanted to add tomatoes into every savoury dish I have created. Tomato fetish aside, this was a really lovely chunky dip that I am sure will be created again and again.
Posted by Kate R at 11:42 PM No comments: 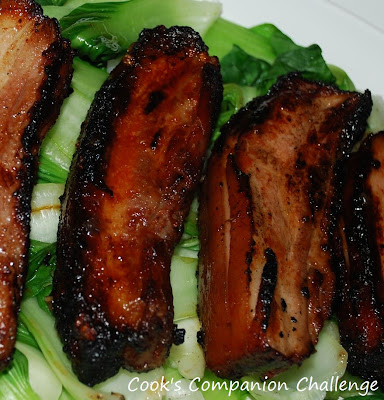 Belly pork makes me go weak at the knees...

In the rainbow version of the book, this recipe is separated into two; Glazed Barbecued Belly Pork and Tomato & Maple Syrup Glaze. Making the glaze was straightforward once I got past my least favourite job of peeling and seeding the tomatoes. We had grown the tomatoes in our very own garden and so I couldn't bear to discard the seeds, saving them to cook with my scrambled eggs for breakfast. (Which was fabulous by the way!). 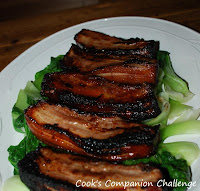 I found some gorgeous belly pork from Bundarra Berkshires that I had tossed in the freezer and forgotten about. For me it's a bit like winning lotto when I discover a forgotten treasure such as this! The lovely belly was painted and cooked in the oven, whilst being periodically re-glazed with this magic syrup. The pork was cooked again on the BBQ, but not before being slathered in more glaze. Yummmm....

The bok choy was also from our garden and was beautiful eaten together with this decadent dish. I had some glaze left over which I used in a stir fry a couple of days later which was again magnificent. 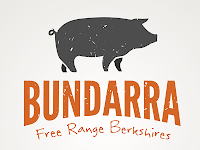 We love Bundarra Berkshires pork and I am proud to be able to give them a blatant plug here*. The pork we buy from them tastes incredible, but most importantly comes from animals who have been treated well. It makes me smile whenever we eat piggy products and before he takes his first bite, Jules always asks me if we are eating pigs that were happy. Whilst I am aware of the irony here, we are not keen to give up eating meat and so eating pigs that have been thoughtfully raised is for me a wonderful choice.

*Not a paid plug, just a plug because we love them!
Posted by Kate R at 7:39 PM No comments: 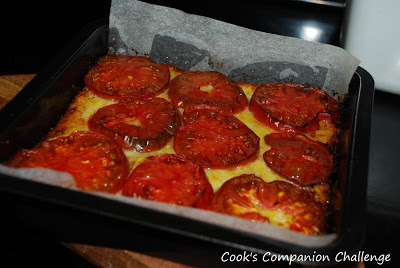 There hasn't been much Stephanie action going on here since the night of the 8 course feast!

I decided to cook this slice at the last minute for dinner one night, and learned a very amusing lesson in how well I (do not) work under pressure.

Our little vegetable gardens are doing beautifully, the premise behind having four beds being that we would each have one to look after and be proud of. At this point I would like to thank Trev for tending to all four garden beds (and also my shiitake log) while the rest of us look on and hand out periodic pats on the back for a job well done. 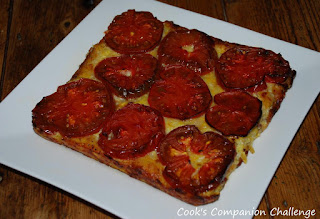 These A-M-A-Z-I-N-G Black Russian tomatoes came from Henry's plot and I am not exaggerating when I say they were the best tomatoes I think I have ever tasted. I am kicking myself for not taking a picture before I cut them up and have vowed to get better at photographing my special ingredients as well as the finished products.

The zucchinis for this recipe also came from the garden. There were not many available for picking and so I halved the recipe to accommodate. All was going well until I combined the ingredients, completely ignoring the instruction to omit the oil. In went a quarter of a cup of olive oil that was supposed to be drizzled over the top. Whoops.

I was a bit worried about how this would turn out, particularly as I watched the mixture bubble like crazy in the oven. While it was cooking, I steamed a beautiful rainbow trout to serve alongside what I thought was going to be an oozy, oily mess.

As it turned out, the accident was not as bad as I thought. The additional oiliness worked beautifully with the fish, and along with the ridiculously juicy tomatoes, we ended up with a really lovely meal. My favourite part was Jules asking me at the end of the meal if I could please make the slice again and to make sure that I made the same mistake with the oil next time.


Masterchef I am not, but at least I make my children happy.

Post Script: I found another Black Russian tomato on the vine and thought I would share a picture. Beautiful, no?
Posted by Kate R at 9:21 AM 2 comments:

Guess who's coming to dinner? 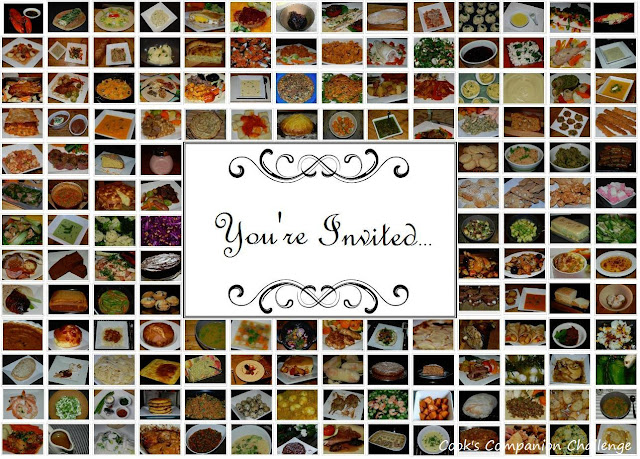 I love entertaining. If I had my way (and more time on my hands) I would host a dinner party every week. I have hosted many in my time, but something I have not yet done is to mix up the guests, inviting people not from the same circle of friends.

A few weeks ago I decided that 2013 would be the year of the dinner party in our house. I like the idea of giving my guests the opportunity to enjoy a meal (of course), but at the same time to meet new people, and as my friend Dave used to say, "to delight in their sparkling repartee".

To further enhance this experience, I have decided to open my house to a special, honorary guest at my next dinner event. I have never been interested in opening a café or restaurant, feeding hordes of people I have never met. However I do think it would be fun to include a brand new person to my dinner party mix. After all, why should my guests have all the fun of meeting new people?

So who is this mystery guest to be?
Bring on the year of the dinner party.
Posted by Kate R at 2:10 PM 2 comments: 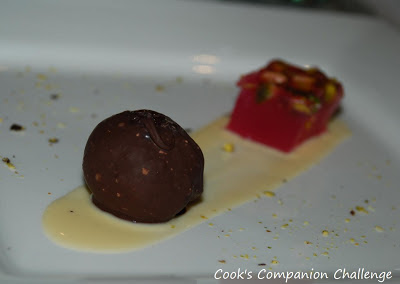 Well this is it folks, the eighth and final course of  our magnificent feast.

When I found this truffle recipe, I loved it so much I just knew I had to turn it into a dessert. The use of dried figs turned my mind immediately to the Middle East and so of course Turkish delight was my very next thought. The consistency of Turkish delight is the complete opposite of this dense, chewy truffle and so it seemed a lovely pairing in my mind. And of course I knew it would bring a lovely colour to the plate.

The final element almost certainly had to be cinnamon based and originally I thought of making cinnamon ice-cream. As I trawled the web for a recipe, my mind turned to custard (not literally of course) and I quickly found a wonderful recipe for cinnamon crème anglaise. Dessert sorted! 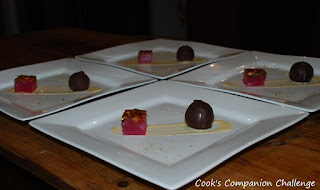 My Thermomix made the truffles so easy to prepare, first whizzing the dried figs to a paste, and then combining them with icing sugar and rum. The mixture was rolled into balls and left overnight to dry. The next day I toasted my ground almonds although I must confess I burned the first batch, which is terribly unlike me. I put it down to having 35 things to do at once as I was in the home straight of preparing all eight courses. The beautifully browned almond meal (the second batch of course) was mixed with melted chocolate and my lovely fig balls were dipped and dipped until every one of them was shiny and brown. I was concerned that the fork would leave marks as I pushed the dipped balls from the skewer, but my fears were unfounded.

I was very, very organised on the big day, and so had a few attempts at plating this dish. I tried a few different options but something just didn't look right. I couldn't figure out what it was at first, but eventually realised that the dried rose petals I was planning to use as a garnish were the problem, making the plate way too busy. I finally settled on pistachio dust for the finishing touch, which I had left over from the chopped pistachios that topped my lovely, and very pink, Turkish delight.

The guests were all very happy with dessert, and after seven savoury courses, were pleased I had taken a minimalist approach with the sweets. The fig truffles were out of this world, and although I sent my guests home with a container of Turkish delight, I sneakily kept the remaining truffles for myself. And as it turned out, for the rest of my family who also fell in love with them!
Well that's it, my first Cook's Companion degustation done and dusted. I was certainly proud of the meal, but most of all I was proud of the absolute lack of stress I felt throughout the entire planning, preparation and execution process.

And did I mention how well I slept the following night?
Posted by Kate R at 9:42 PM 2 comments: 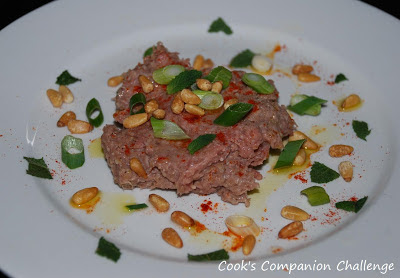 Degustation course number seven, the last of the savoury dishes.

Kibbeh Nayeh is the traditional way to eat kibbeh and is essentially lamb paste mixed with cracked wheat, onion and spices. No mess, no fuss, no cooking.

I am not sure why I decided to add such a controversial dish to this special feast. In my defence I didn't cook tongue. Or brains. I think I was quite keen to pull my guests outside of their comfort zones, and figured raw meat should not be such a shock to the modern diner. After all, who hasn't eaten a steak tartare nowadays? Well probably plenty of people, but not the guests who were sitting around my table.

I knew I could only serve raw lamb if it was the best and freshest, and so was thrilled to discover that Poon Boon Lamb co. had a Melbourne delivery run on the day of the degustation. What perfect timing! Baden turned up right on time (a bit early actually!) and I excitedly dug through my box of goodies looking for the mince.

I loved this dish and would eat it again in a heartbeat. The guests all liked it, but general consensus was that I had put too much on the plates. I didn't agree and interestingly neither did the kids! My well mannered guests cleared their plates anyway, probably to ensure I would not withhold their dessert.

There was a good amount of kibbeh left over (I didn't want to pile the plates too high!) and so Trev made burgers the next day which were beautifully seasoned and fabulous.

Ta da!! That was the last of the savoury courses! A very special dessert to follow.
Posted by Kate R at 6:50 PM No comments: