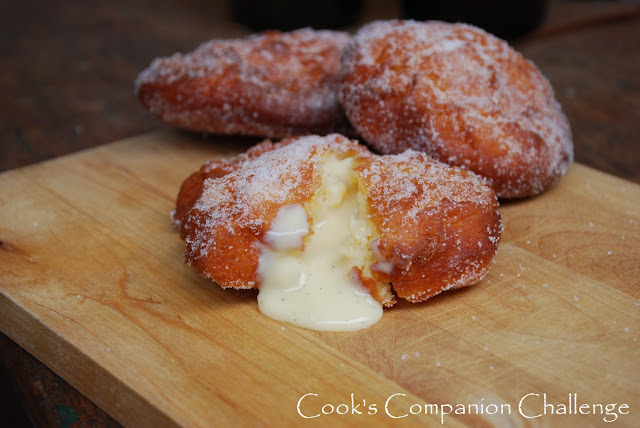 My mini chef unexpectedly picked out a pineapple as one of his market selections yesterday. It was an interesting choice given his rather intense dislike for most fruits!

As such, I thought it best that I used some of said fruit in a recipe to prevent it from ending up in the chook bucket. Love, love loving the sound of piña colada custard, I decided to kill two birds with one stone and put it inside the doughnuts I had promised to make in lieu of the market variety. A promise borne from my dislike of waiting to be served almost every week...

I am aware that some people will question my spelling of the word doughnut, given that the more commonly used "donut" is more succinct and of course, easier to spell. There are two reasons I stick with the longer version of this word; 1) Given the choice I will always opt for the English, rather than the American spelling of words. Call it a nod to my ancestors. 2) Whilst the shorter form, "donut" has been around for some time, its popularity grew exponentially after the opening of Dunkin' Donuts in 1950. The fact that a massive fast food chain increased the popularity of this word is reason alone for me to avoid it at all costs!

It was fortunate I searched for a doughnut recipe early in the day given that the batter required a minimum of six hours in the fridge...and that was before the 2+ hours of proving!

It was Joanne Chang (of Flour Bakery in Boston) who provided me with the doughnut recipe and I liked it (they actually tasted like doughnuts) but think I will get a better result next time if I heat the milk a little before adding it to the yeast. I am kicking myself that I didn't go with my gut and do that this time but I am usually one to trust a recipe the first time I test it out. I can only assume that the yeast she uses is of better quality than mine which is why my doughnuts didn't quite prove to the expected height.

I am pleased to report that we have leftover custard (hooray!) which will be used to enhance our fruity desserts over the next couple of days x 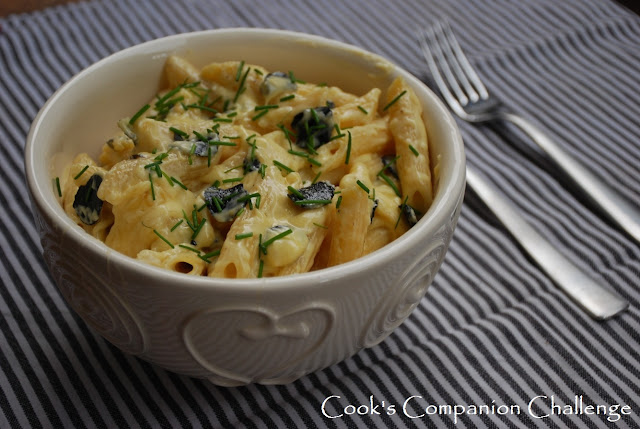 We had dinner out with the family recently and as we were preparing to leave, my sister in law sidled over to me holding a very suspicious looking little package. Wrapped in glad wrap and with a layer of paper towel underneath, its strange appearance had me wondering. Once she shared with me the nature of its contents, she became one of my very favourite people.

A truffle, given to them by a friend who owns a truffle farm, was now in my possession. My excitement could not be contained!

Of course we did the obligatory "infuse the eggs with truffle" before we used it, storing two eggs in a container alongside our lovely little fungus for a couple of nights so as to get more bang for our buck, truffle wise. We poached the eggs and they were delicious, with just enough hint of truffle to make them a very special lunch indeed.

That night it was truffle pasta for dinner, finished with a gorgeous melty gouda as I couldn't get my hands on a good Gruyere.

If you can get your hands on a truffle (or have a very generous sister in law), it is a highly recommended culinary experience. If not, try this recipe anyway with some lovely fresh mushrooms x 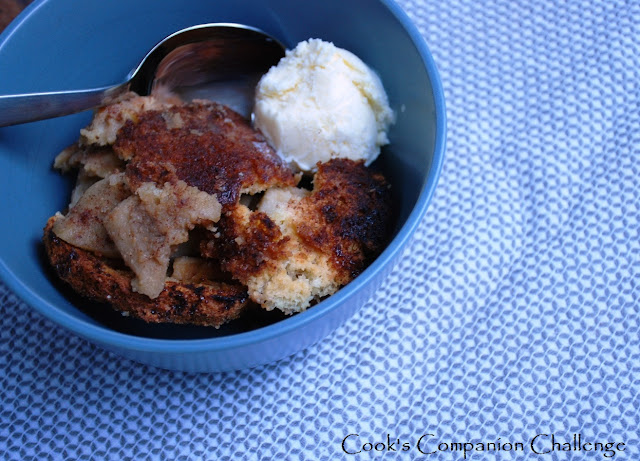 I am on a bit of a Spring roll with my posts at the moment... (See what I did there?)

With plenty of apples on hand and an overseas guest to impress, an Apple Charlotte was on the menu for a recent dinner party.

I had made two loaves of bread that day and one of them turned nicely into the crust for this lovely dessert. I will be honest and admit I was too nervous to turn my Charlotte out on to a dish, instead serving a scoop to each guest with a serve of my husband's fabulous vanilla ice-cream.

A tip for anybody else trying this recipe; coconut sugar is the bomb! I use it a lot and it was particularly wonderful with this dessert, adding a depth of flavour that was very well received. Our guest of honour does not readily hand out compliments, but this apple Charlotte received a big thumbs up.

It MUST have been good! x 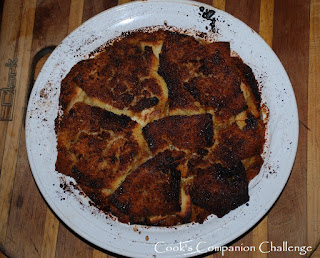 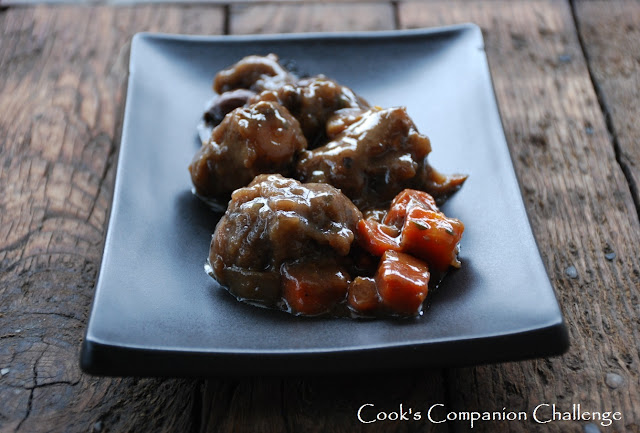 Again it was the mini-chef's choice which has made it to the blog, but quite unintentionally! One of our favourite market butchers was telling us about his fabulous oxtail and my mini-chef was smitten, deciding then and there that oxtail was his must have for the week.

It wasn't until we got home that I realised there was an entire chapter dedicated to these rather expensive little tails. So not wanting to waste one, it was straight into our first oxtail recipe, braised with black olives.

The recipe called for 6-8 tails to feed 6 people. I have no idea if we eat like birds or if the cow from which our tail was lopped was some kind of monster, but one tail was plenty for the four of us!

Dinner was sticky and delicious and we even had sauce and a few small pieces of tail left over for the following night. The leftovers were expanded by tipping the sauce and all of the lovely fat into a pan with a couple of tins of tomatoes and a huge pile of mushrooms and cauliflower.