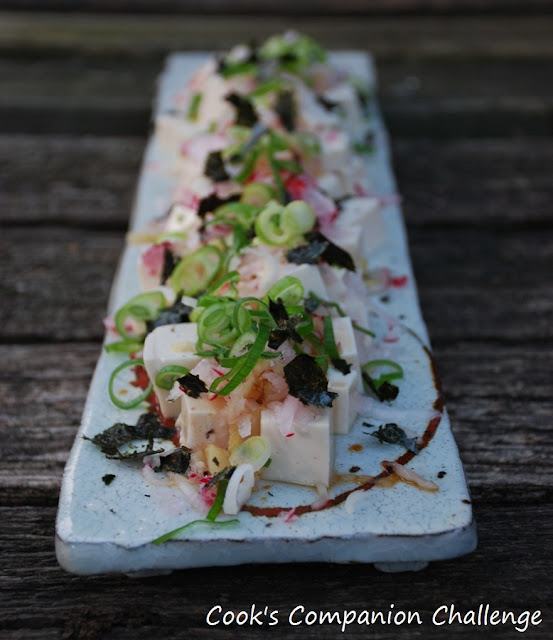 My husband and I have been together since we were quite young. When we met he was quite the devoted carnivore; dinner just wasn't dinner unless there was meat on the plate. Occasionally I would dish up a vegetarian meal, only to catch him an hour or two later frying up a steak for dessert.

After almost twenty one years together, I am pleased to be able to say that he still manages to surprise me. I put together this little tofu snack and was blown away by just how much he loved it. He wasn't wrong; it was absolutely fabulous, but I just couldn't believe he was that excited about tofu!

I used silken tofu generously provided by Earth Source Foods and was thrilled to find it wonderfully smooth and delicately flavoured. I am never a fan of having to store leftover tofu and so used the entire tub (300g) rather than the 250g listed in the recipe.

Not being able to source a fresh daikon, I decided to use little red radishes instead, which we all agreed provided a wonderfully gentle bite and also a beautiful pink hue to the dish.

With roasted nori, ginger, soy sauce and spring onions scattered all over, this was a wonderful snack and an even more fabulous addition to our main meal of steamed rainbow trout. 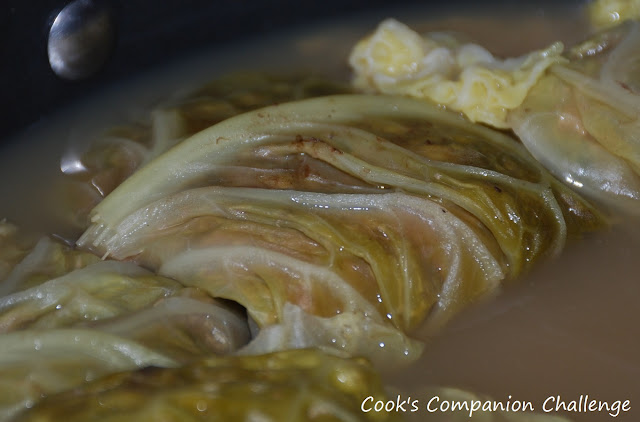 I am so lucky to have a family who will eat anything I throw at them.

Last night's dinner was an interesting affair, with many cabbage leaves being stuffed with a pork and liver mixture and then cooked in stock.

I don't mind eating livers but I will admit I really don't like the cleaning process. With stomach churning, I got through the trimming and chopping of all eight of them but was very relieved when it was all over.

Interestingly, this dinner was lovely with a splash of soy, not something I would have expected, but it worked all the same.

We have leftovers and so tonight we will eat these as soup, chopped up and served in the stock in which they were cooked. Perhaps with some rice if I could be bothered.

Only time will tell.
Posted by Kate R at 5:17 PM No comments: 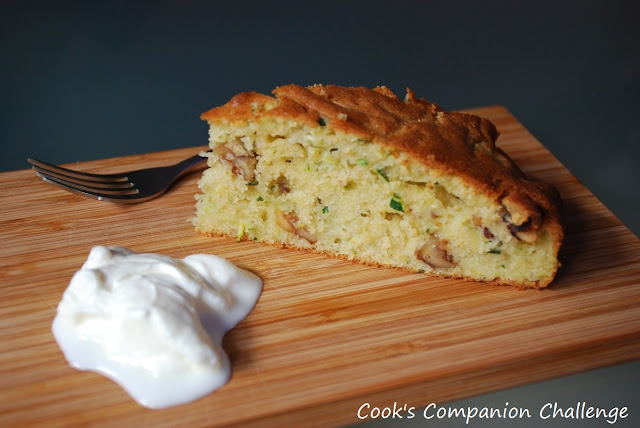 I once made chocolate mousse with avocado.

It was an event which changed the course of cooking in my kitchen and prompted an ongoing assassination of my character which continues to this day. Every time I mention a new dessert I will be making, I invariably hear a little voice asking, "You're not putting avocado in it are you?".

In my defence, the mousse was a healthy alternative to a regular chocolate mousse. While it was not as sweet as the regular version, I thought it was lovely - which was fortunate because the boys in my house refused to eat more than their initial spoonful.

Imagine the ribbing that ensued when I told the boys I was making a cake with zucchini. They were wholly unconvinced that a cake with so much green inside could possibly taste good, and made it quite clear that they did not support the making of this cake.

Minds were changed and much cake was consumed once this lovely thing came out of the oven. Sweet and moist, this one was another crowd favourite and was just as lovely with cream as it was with a dollop of greek yoghurt.

I loved the addition of walnuts and yes, ate way too many pieces. 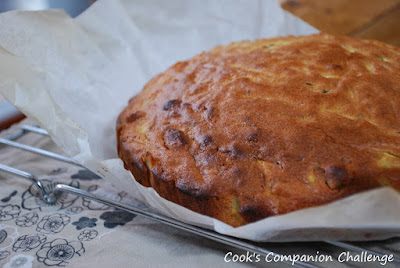 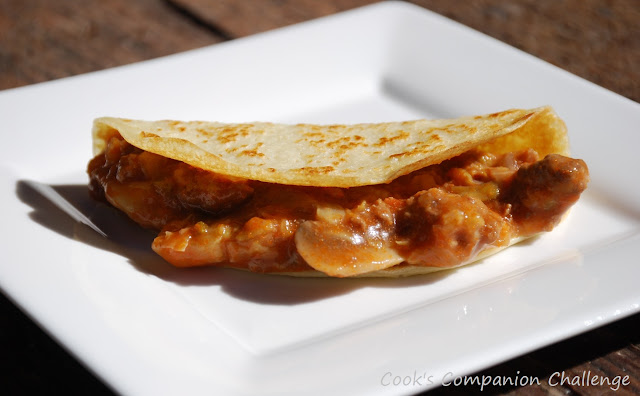 Last night I decided to do something a little different. We love a good bolognese in this house and I thought I might whip one up and pair it with some crêpes for a bit of a treat. Amusingly I got the idea from a meal I had at The Pancake Parlour circa 1990!

I do enjoy playing with the ingredients and making my bolognese taste just a little different each time. As a result of my many bolognese experiments, I have come to the following conclusions;

a) chorizo has a more interesting flavour than bacon
b) you can hide any vegetables you like in there and diners would be none the wiser
c) bolognese is versatile (think pies, pasta, lasagne, crêpes, timpana etc.)
d) the flavour can be corrected no matter how badly you mess it up
e) when you need to correct the flavour, sauces are your friend
f) slow cooking is best for a more complex flavour
g) bolognese always, always tastes better the next day

I outdid myself and made a fabulous version last night, loaded with chorizo and heated slightly with two chilli sauces from the Darwin Chilli Co; sweet chilli and barbecue. For the benefit of our health I also added a heap of sliced brussels sprouts and mushrooms.

The crêpes were a lovely addition to our meal, but it took me a while to get them to cook correctly! For someone who has made more batches of pancakes and pikelets than I can count, this surprised me greatly. This was, of course, until I realised I was cooking on the electric burner which had been on for hours and was already raging hot. Once I cooled things down, we were away! No harm done, I had two boys happy gobbling up mangled crêpes as fast as I could cook them.

As well as tasting great, the bonus of the night for me was seeing the surprised expressions on the boys' faces when I announced we would be having crêpes for dinner. Granted we were not having them with maple syrup and ice-cream, but they were thrilled just the same.
Posted by Kate R at 5:20 PM No comments: 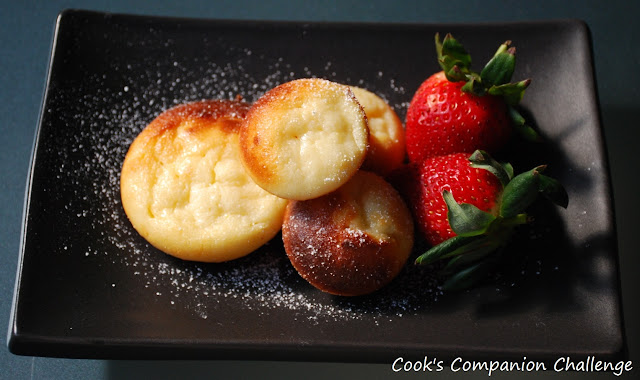 With a kilo of ricotta to hand I decided to double this recipe, knowing my boys would be happy to devour the same dessert for a few days running if required. Once the batter was mixed and I realised just how much of it I had, I just couldn't bring myself to head down the deep frying path.

While I do try my very best to stay true to Cook's Companion recipes, I have been known to bake rather than fry recipes on a number of occasions in the name of health.

This was one of those occasions.

When I first mentioned that I would be making these, my eldest was disgusted, calling me crazy for wanting to put cheese into a dessert. Once I reminded him that cheesecake was one of his favourite things, his revulsion quickly subsided.

These fritters actually did taste a bit like very dense, baked cheesecakes and I am pleased to report that they are disappearing at a rapid rate. My extended family, the recipients of a little fritter care package, also gave these a big thumbs up.
Posted by Kate R at 9:24 PM No comments: