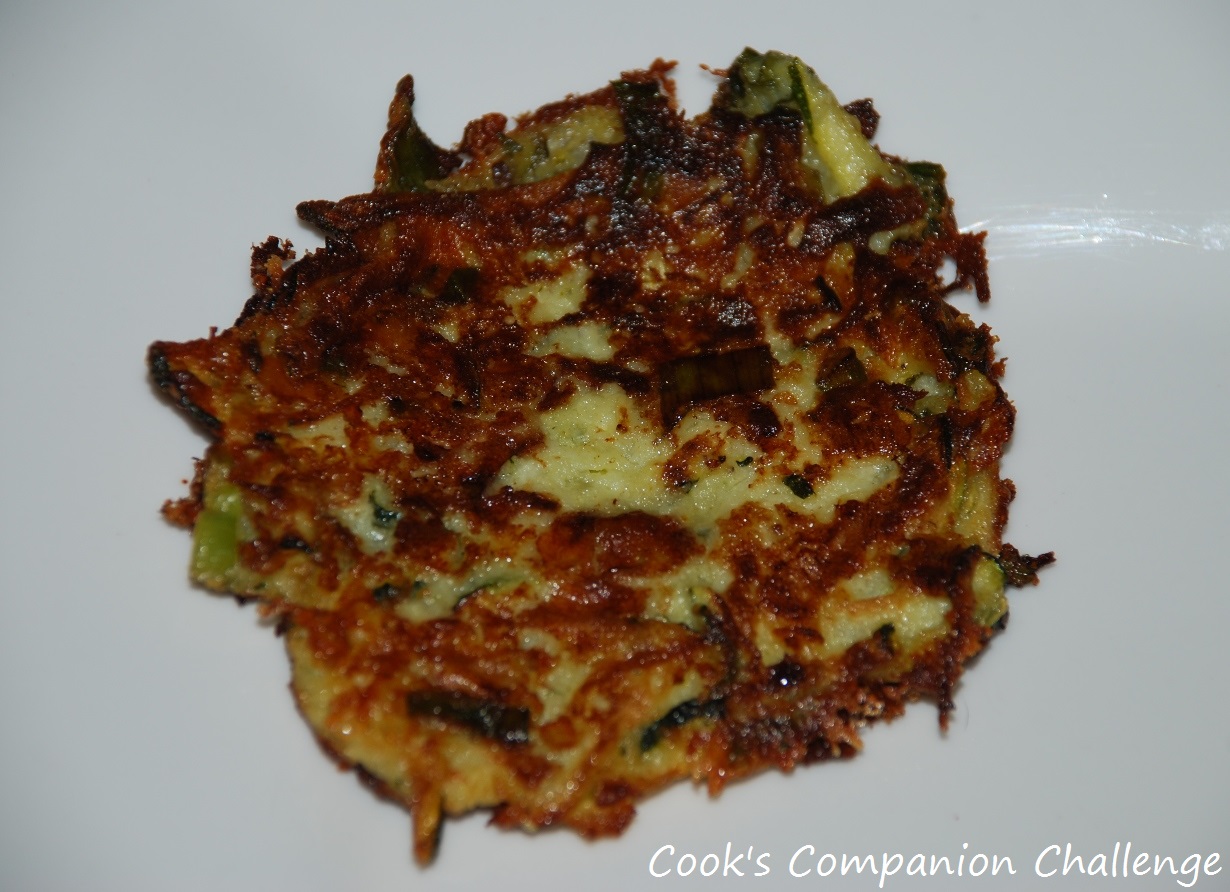 When I was a much younger cook, patties used to make me nervous. I was forever worried that they wouldn't bind and that the insides wouldn't be cooked. As such, I avoided patties like the plague, and would opt to bake dishes rather than fry them where ever possible. Obviously I have come a long way since then...

I followed this recipe quite closely, except for the omission of the parsley (I need to get some back in the garden!) and I only used two zucchini as they were BIG ones! I am not exactly sure if I used the recommended amount of flour as I didn't measure, but instead sprinkled it into the mixture until it looked just right.

These little beauties were filled with zucchini (obviously), cheese (yum!) and lovely little surprises like mint and spring onion. These were amazing both warm and cold and as the last one was polished off today I kicked myself for not doubling the mixture. 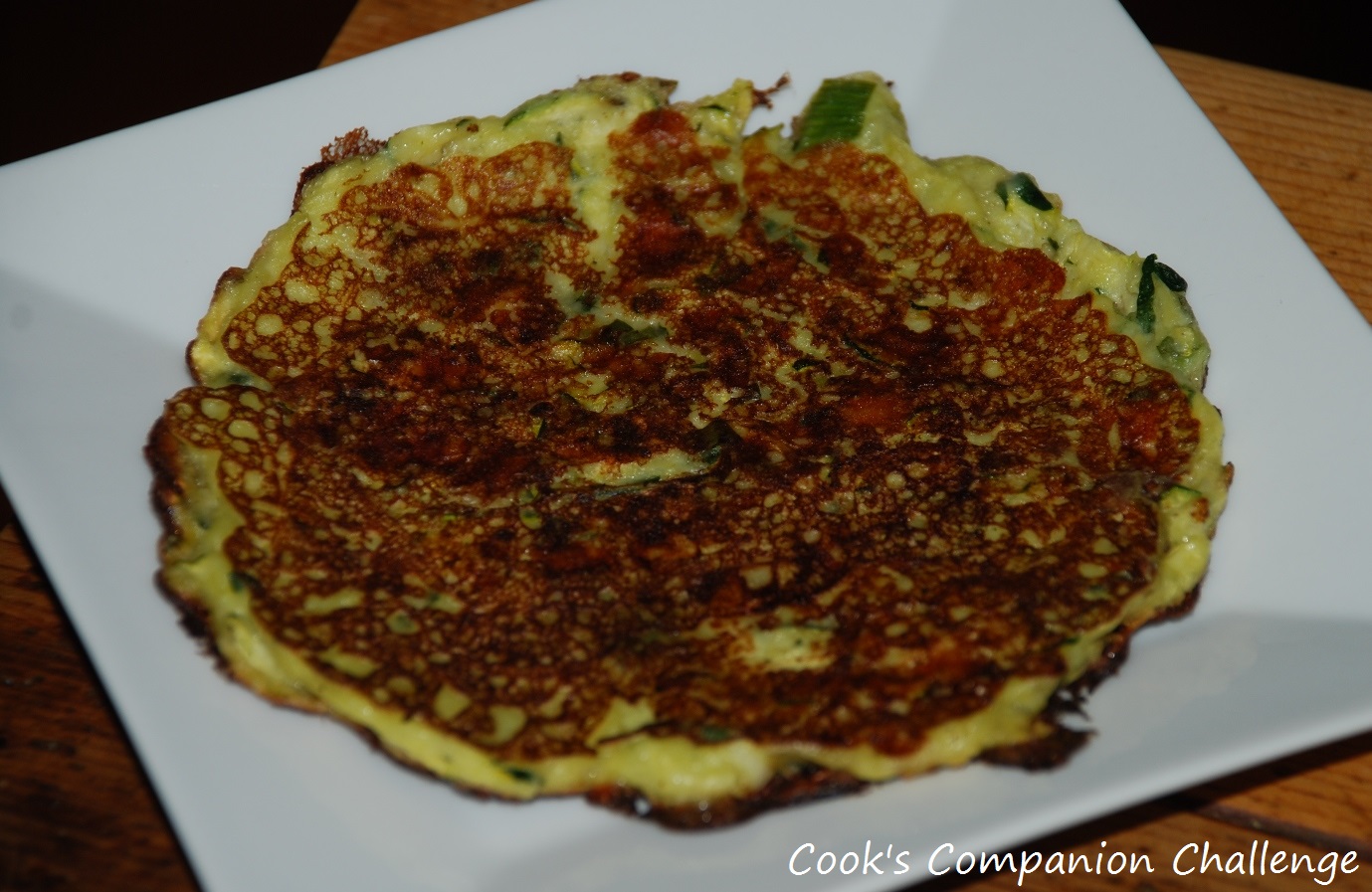 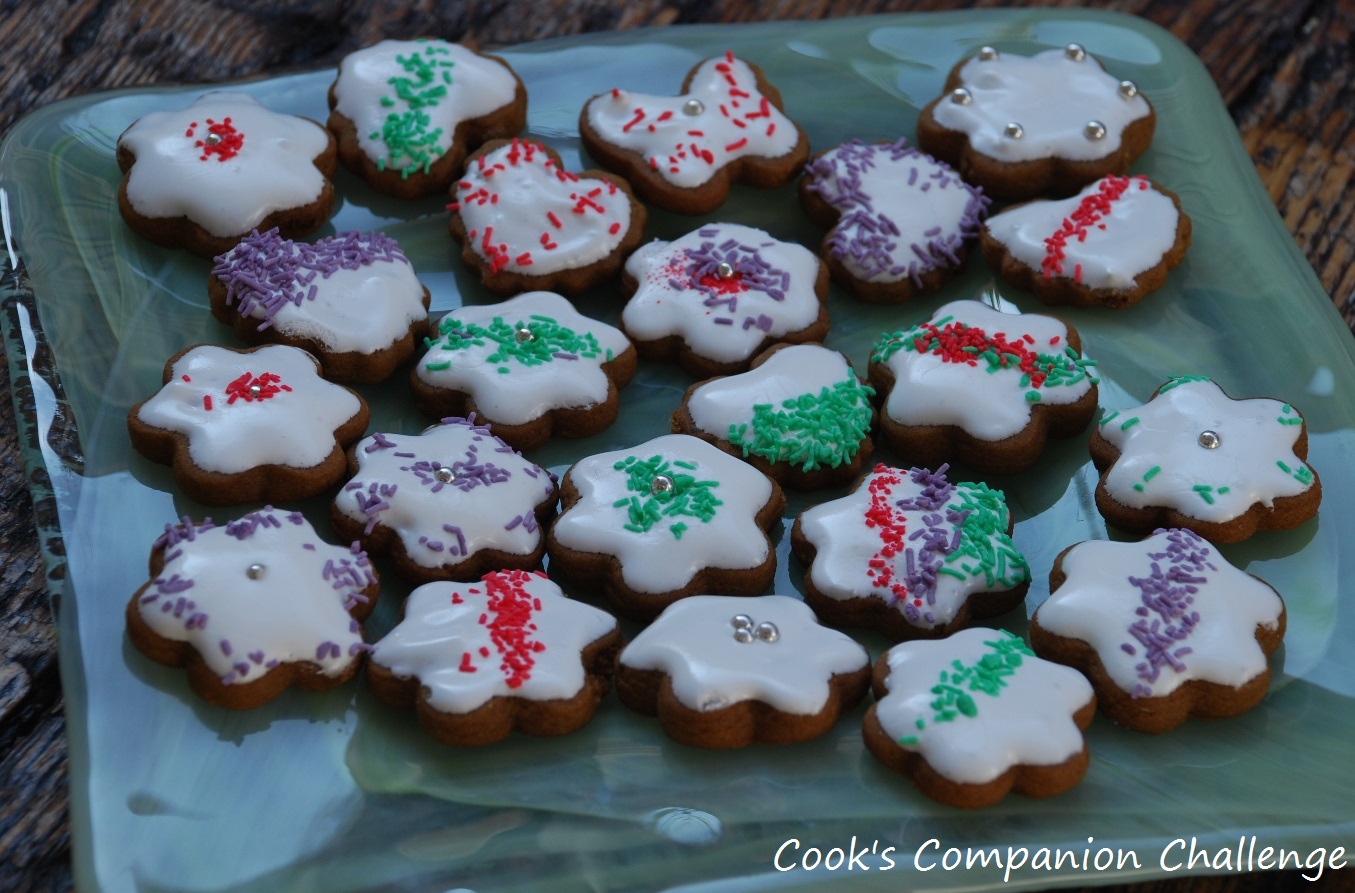 You didn't think I would make gingerbread without royal icing did you?

Of course I forgot to pay attention to the recipe (shock, horror) and accidentally made a full batch of royal icing rather than a half. I spread the icing as thick as I dared and then froze what I couldn't squish onto the biscuits. I am not exactly sure if royal icing will freeze well - I guess only time will tell!

No doubt due to the thickness of the application, the icing has still not quite fully set, but is absolutely yummy and so we don't mind at all.

Back in March last year I had my least productive month of this challenge, racking up only four completed recipes. After a very slow start this month, I was determined not to repeat such a dismal performance and so royal icing represents number five for August. 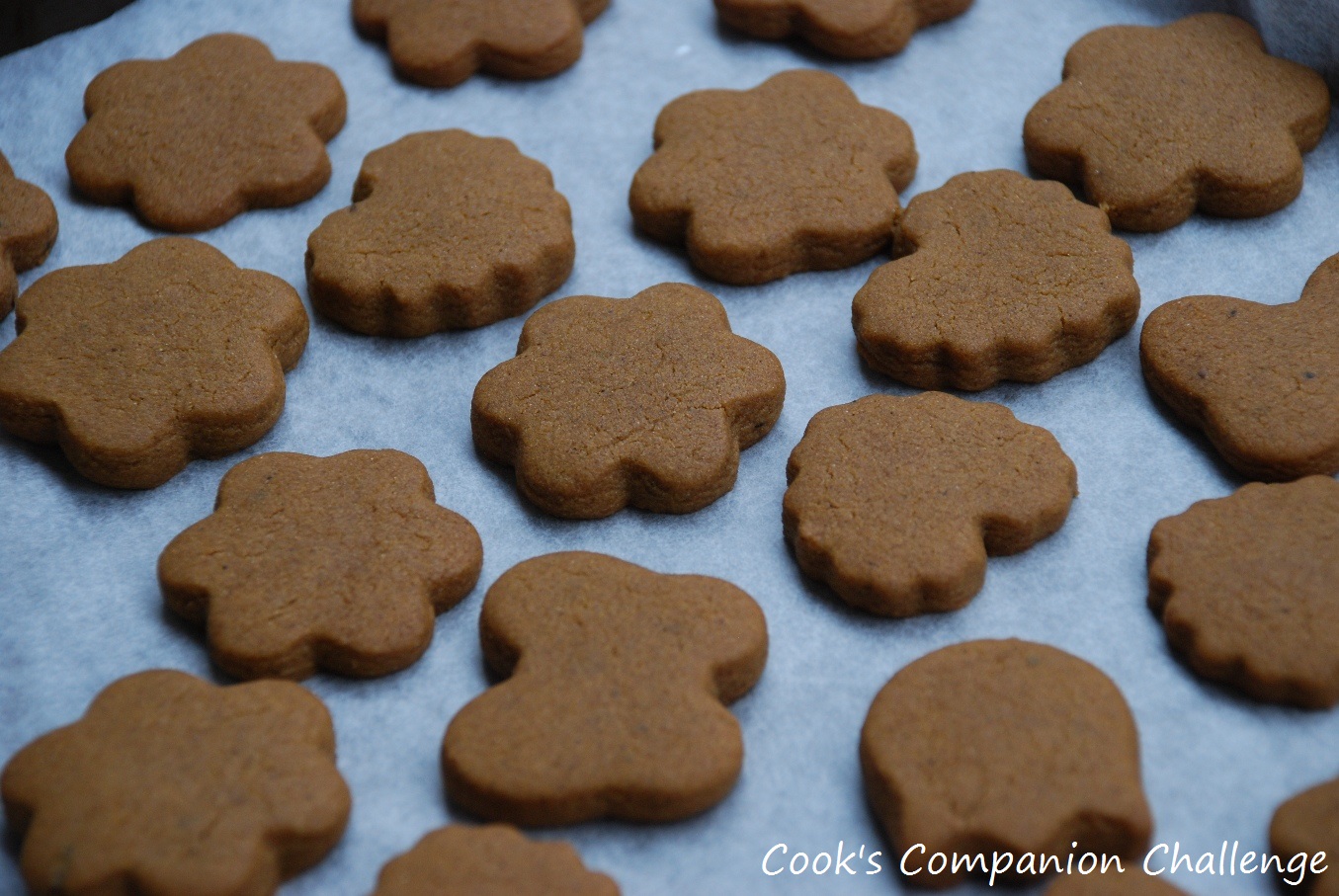 I loved the array of spices in this recipe and got quite a surprise to see white pepper in the list of ingredients. Before I wrapped the dough into a neat rectangle ready for overnight refrigeration, I couldn't resist stealing a small amount to nibble on. I have never understood the concept of eating cookie/biscuit dough...until now. I could have happily eaten the entire block with a big jug of milk. Only common sense, and the desire to eat the finished product, stopped me.

With life getting in the way, this dough sat in the fridge for two nights before I got around to making these sweet little gingerbread biscuits. Once the dough was rolled, I pulled out my tin of biscuit cutters and was shocked to see the distinct absence of a gingerbread-man shaped cutter. What kind of baking mother was I to be devoid of such an essential tool?

Once I got over my surprise, I spied these sweet little shapes and realised that the smaller I made the biscuits, the less volume of biscuit my boys were likely to eat.

The biscuits were sweet, but with a fabulously spicy after taste. Yet another classic recipe wonderfully represented in The Cook's Companion. 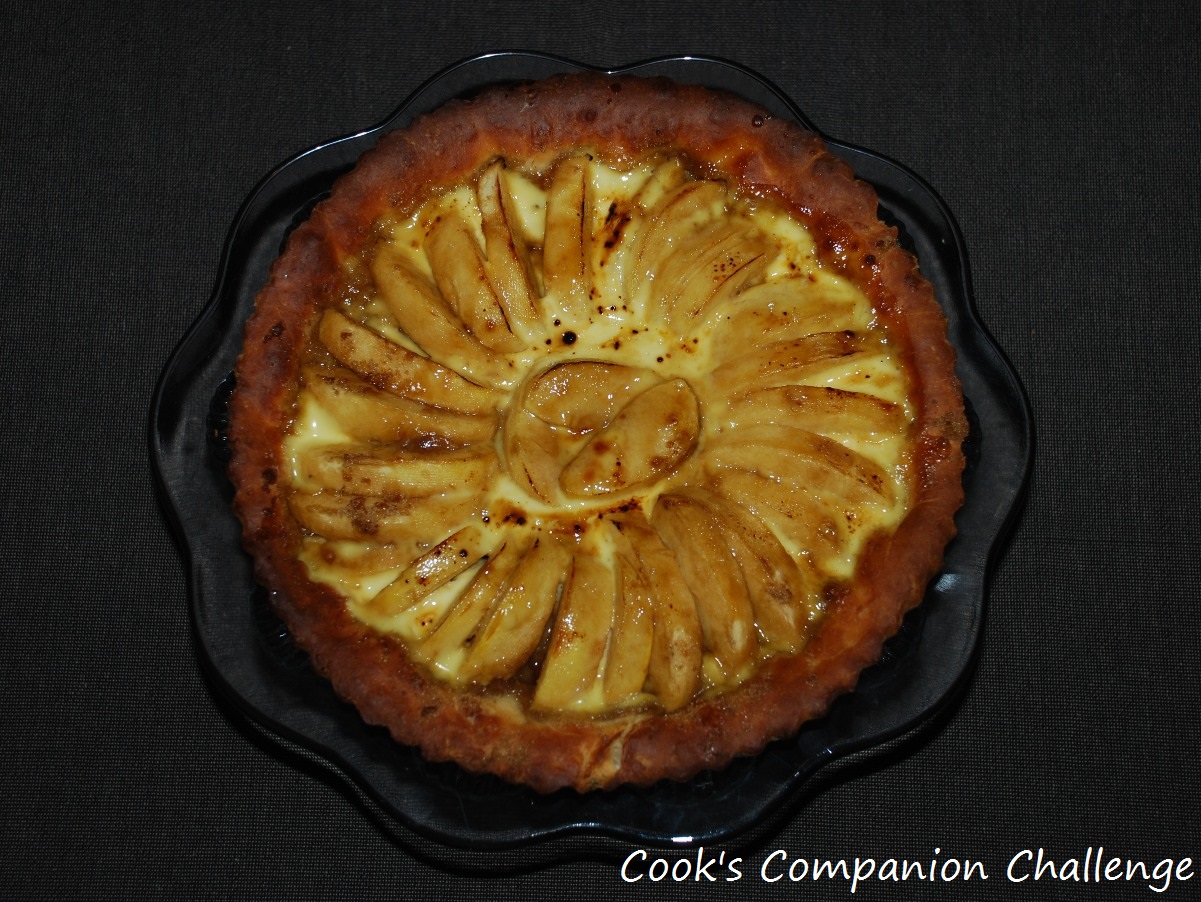 For the last few months I have been regularly baking friendship cakes for my family. While they have all been amazing, I thought it was time to try out a different dessert!

I don't know why, but this recipe has never appealed to me. Perhaps it is the word "yeast" in the title that put me off, not being an ingredient that when named, gets my mouth watering.

The crust was easier than pastry to make, mixed and kneaded like bread dough and left to rise. It was then pressed into the flan tin, where it puffed up again prior to the addition of the apples. I cut the apples into sixteenths rather than eights given that they were on the larger side.

I accidentally set the oven to fan-forced and so after the first ten minutes of cooking my crust was already toasty and brown. I covered the tart with foil for the remainder of the cooking time, but of course this meant that the cream did not caramelise as it should have.

We absolutely loved this tart and it was declared one of the best I have made. The crust was amazing and worked beautifully with the perfectly cooked apples. Love, love, loved this! 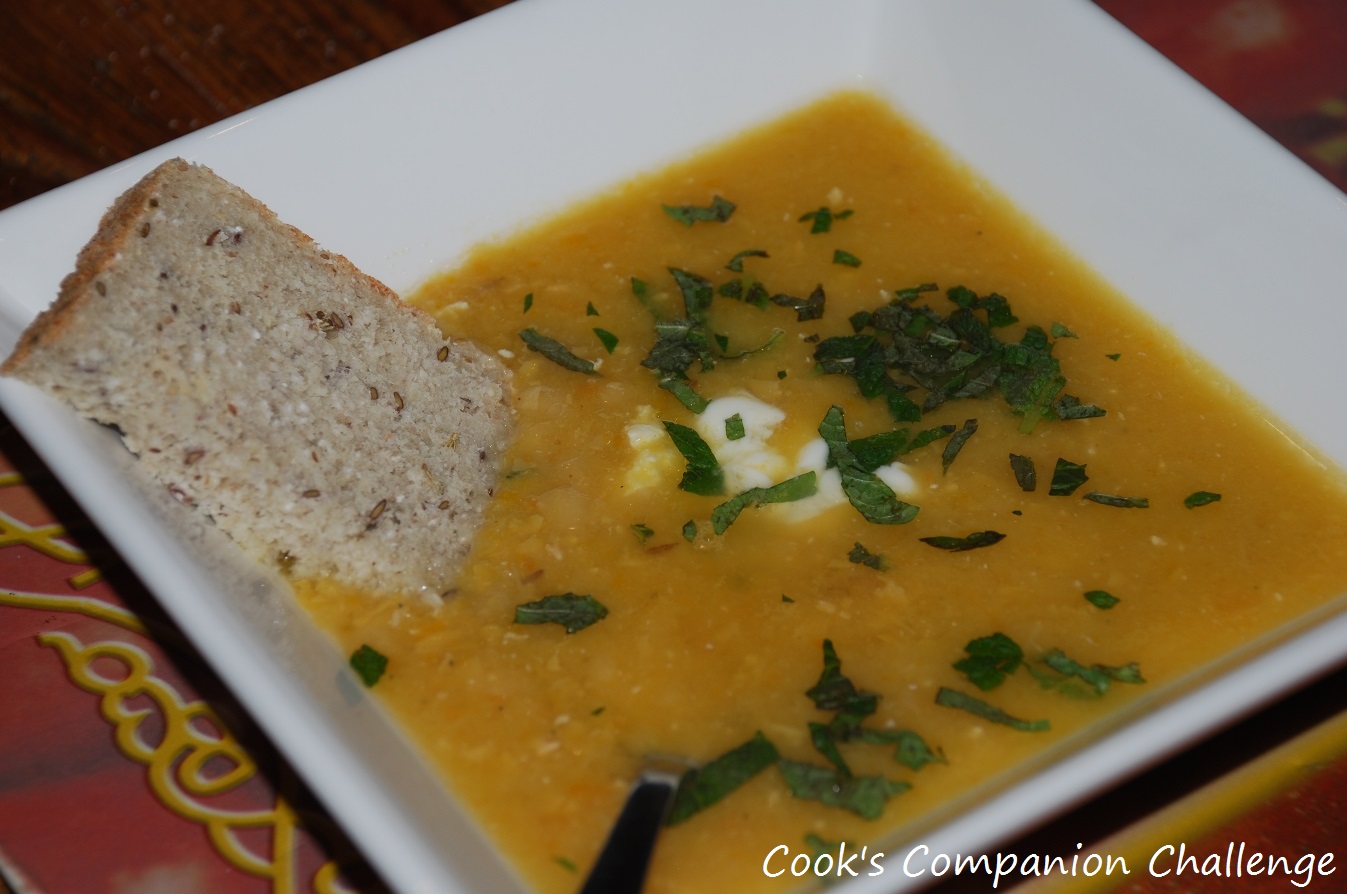 It has been a quiet month for Stephanie recipes!

Last night I served up this beautiful chickpea soup with some freshly baked bread. The fennel seed in the bread was a wonderful, refreshing lift that worked beautifully with the slightly tart flavour of the soup. I didn't have any parsley (gardening incident, don't ask) but had plenty of mint to sprinkle on top. I also added a big dollop of Greek yoghurt to each bowl.

I loved this, but after two soups with lemon being rejected by the two older males in my family (the avgolemono was also a fizzer) I have decided I will save the lemony soups for times when I am alone with my little one.

Entrée (yes, soup was the main!) was my first attempt at eggplant parmesan chips which I can confidently say were a winner, given that we ate two eggplants in less than ten minutes. Not bad for children who apparently don't like eggplant. 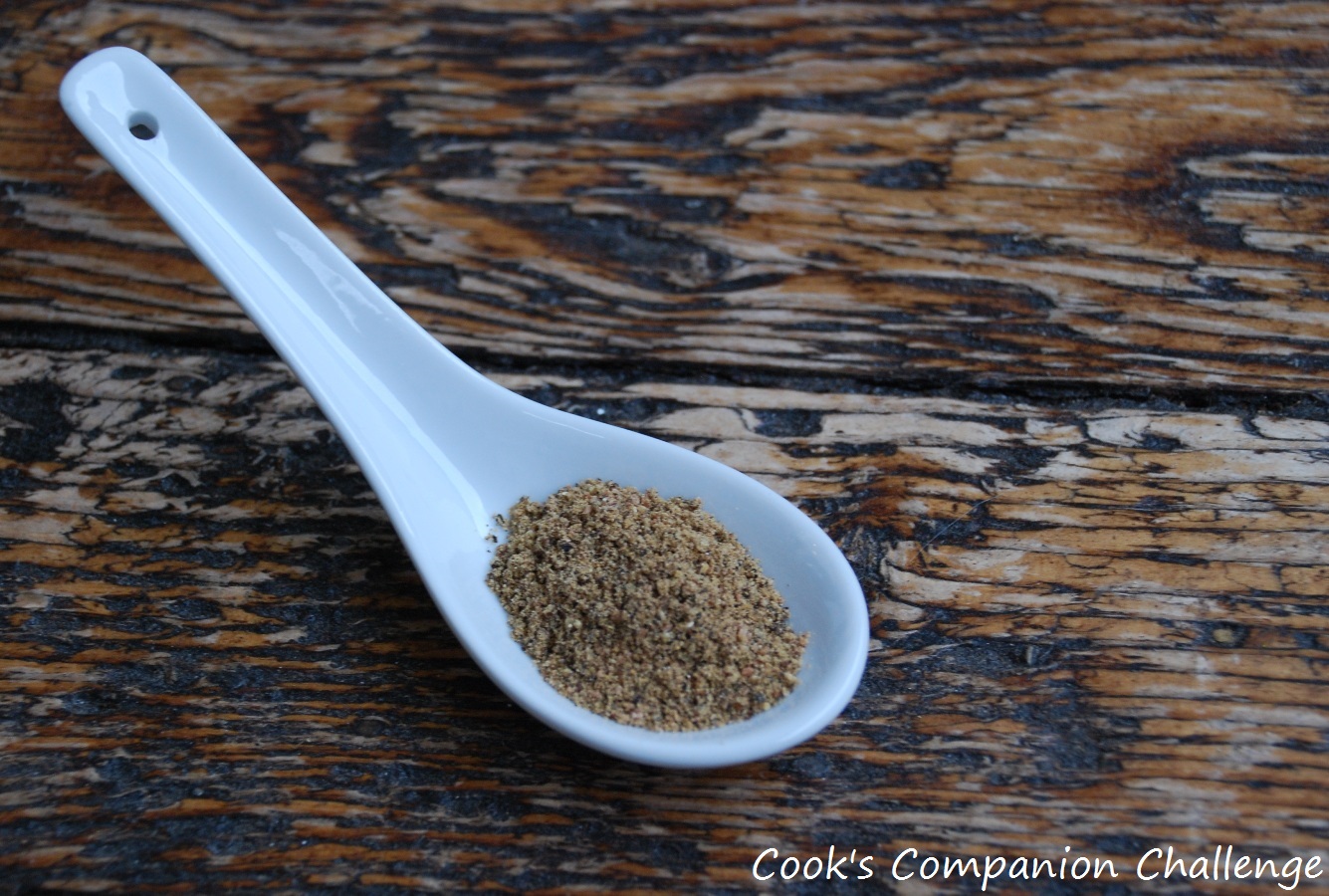 Due to our love of Asian food, I have cooked many times with Chinese Five-spice. Last night, however, was my first conscious encounter with French four-spice, otherwise known as quatre épices.

Stephanie's version contained nutmeg, ground ginger, black peppercorns and cloves. The only changes I made were to replace one third of the black pepper with white (I love white pepper!) and also to substantially reduce the quantity.

I contemplated making this spice mix manually but then realised how much I would resent the nutmeg after having to grate it by hand which would have taken f-o-r-e-v-e-r. So into the thermomix went the raw spices, and seconds later my quatre épices was born.

I roughly divided the recipe by around seven, and used the entire amount to flavour one kilo of pork for lovely baked pork balls, to which I also added some fresh wholemeal breadcrumbs, an egg and a good pinch of salt.

I just ate the last couple of pork balls straight from the fridge (read: classy Sunday morning breakfast) and loved the peppery zing and nutmeg/ginger after taste.

Oh and did I mention that this was recipe number 350?