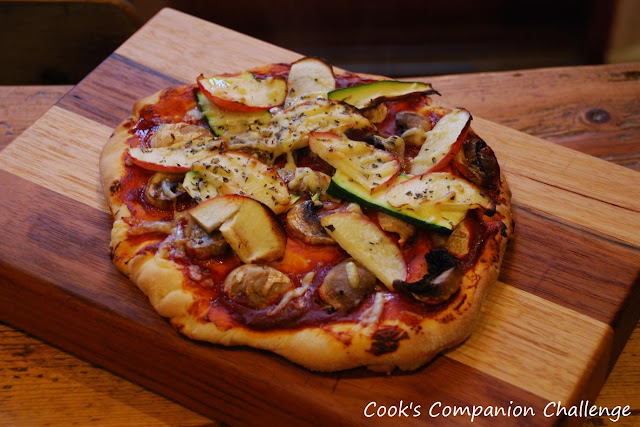 We promised the kids pizza tonight and so I thought I would try out Stephanie's super quick buttermilk crust.

In the past I have used a simple bread recipe to make my bases, which turns out a little thick but is still very tasty. At the other end of the thickness spectrum, we sometimes use pita or mountain bread as bases when we are looking for a thinner crust and a much quicker meal!

This base was kneaded in the thermomix and then left to rest for half an hour. There is no yeast in the dough and so it didn't appear to rise, but when it was stretched out and cooked the result was incredibly pizza-like. I didn't have any buttermilk and instead used milk combined with a teaspoon of lemon juice.

The first pizza I made was Henry's choice; a thin crust margherita, with tomato paste, basil, cheese and olive oil. So simple, but really, really good!

I am actually not sure which one I liked better. They disappeared rather quickly and so I think the family agreed that they were equally good. 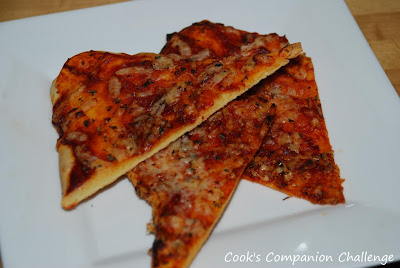