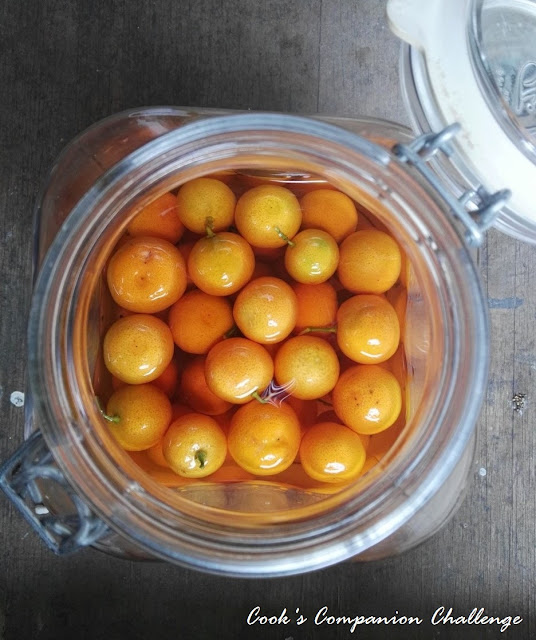 This little pickle is very versatile and can be used in all sorts of ways to make savoury dishes taste good. I have used it three ways to date; in stuffing for a roast duck, in cumquat butter and in the slow cooker with some stewing lamb, tomatoes, white wine and cinnamon. Reports were that the lamb dish had the most beautiful and subtle citrus flavour throughout and that the combination was a big success. I had thrown both the juices and also two finely diced pickled cumquats in there - something I think I will be repeating again in the near future!

The cumquat butter recipe was also from The Cook's Companion and I made it specifically to pass on to my Mum for Mother's Day, assuming it would not be popular enough to be used quickly in my house. There are so many times I have made unusual foods and have been the only one ploughing through the leftovers. Of course, the one time I make something and give it away, my eldest (who did the taste test for me) has not stopped asking me to make more to satisfy his morning toast and cumquat butter cravings! Apparently it was that good and so a second batch of the butter is on my cooking list for today.
Posted by Kate R at 8:32 AM