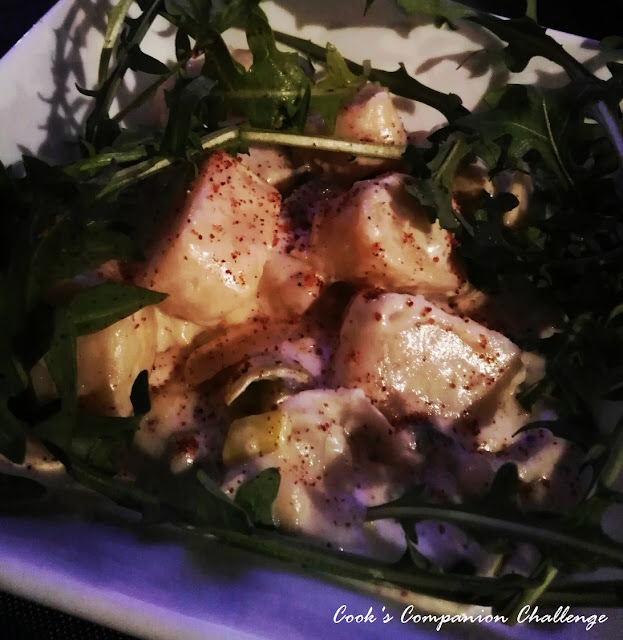 Picture a kitchen completely covered in flour, cooking utensils and dirty dishes and you will get a sense of just how bad I am at making gnocchi. Thankfully it turned out completely edible and pillowy; apparently a texture gnocchi makers everywhere aspire to.

Interestingly, I barely needed to add any flour before I reached the perfect texture with the gnocchi, leaving quite a bit sitting in the bowl unused. I was nervous that this would mean either little hard lumps of potato or potato confetti; either outcome a complete disaster. My youngest was completely amused by my concerns and proceeded to goad me into a wager regarding the success (or not) of the cooking stage. If my gnocchi exploded in the water apparently I had to take over his dishwasher duties. If they stayed together he offered a lengthy neck massage.

We both watched expectantly as the first batch was lowered into the water. A short time later, as they rose perfectly to the top ready to be scooped out, he looked at me with a pantomimic scowl and  cursed me for my good cooking skills. Of course not only was I thrilled that each gnoccho was in one piece and bouncy soft, but I had scored a neck massage to boot!

The leek sauce was incredibly easy to make, the only step that gave me trouble was when the sauce and gnocchi had to be stirred together. Terrified of mashing the gnocchi into one squishy pile, I opted instead for a rocking of the pan from side to side. I think this meant that some diners ended up with more leek than others, but everybody was happy with the result nonetheless. Given how rich the dish was, we had plenty of leftovers and I can vouch that it was even better the following day.
Posted by Kate R at 8:03 AM