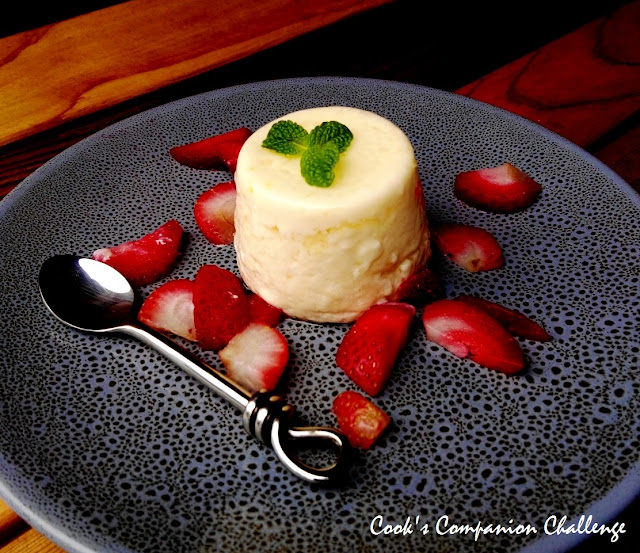 This is an absolutely beautiful little dessert and even better, the recipe appears quite foolproof! Somehow the lemon infuses to a point where it tastes as if there is lemon curd in the custard, which of course makes for beautiful eating.

A few things I learned while making this recipe;
The day after I made the creams, I was lucky enough to have a wonderful artist working on a mural in our new hot tub and sauna area, now lovingly known as "the cedar precinct". I am not a day time dessert eater and so it was great to have somebody on hand to eat the plate I had styled for photographing. I don't think he minded much either!

Another wonderful little recipe and with 650 recipes now complete, another small milestone reached.